The Health Benefits of Turmeric

Most of us know turmeric as a bright orange spice. It’s used in Indian food, and it’s the main spice in curry.

But did you know that this cousin of ginger is also good for your body and brain?

Turmeric is a root plant. The spice is made by boiling and drying it, then grinding it into a fine powder. Raw turmeric is much higher in nutrients than the spice.

It is especially high in curcumin.

Curcumin does some amazing things, it:

And those are just a few of its many benefits.

Turmeric is a natural anti-inflammatory. That’s important, because inflammation has been linked to a wide range of illnesses.

The curcumin in turmeric has been shown to be as good as some drugs at easing pain. It also neutralizes free radicals, which have been linked to the aging process.

Curcumin has also been shown to boost the levels of the brain hormone BDNF.

Brain-derived neurotrophic factor, also known as BDNF, is a protein that, in humans, is encoded by the BDNF gene.

The big thing to know about it…BDNF has been found to fight the effects of aging.

Fights Fat and Helps Depression too!

As if reducing pain and fighting the aging process weren't enough, turmeric can help people who suffer with depression.

One study took 60 patients and split them into 3 groups:

Six weeks later they found that the curcumin was just as effective as the Prozac, but without side effects.

Other studies have shown that curcumin can boost serotonin and dopamine. These are 2 of our most important feel-good hormones.

One of the best things about turmeric is that it suppresses the growth of fat tissue and prevents obesity.

Researchers fed lab animals a high-fat, high curcumin diet. The mice gained less weight and had lower fat mass then they had at the start of the study, even though they ate the same number of calories.

Their levels of proteins and cholesterol that produce fat were lower too.

The scientists think that the curcumin found in turmeric speeds up fat metabolism, lowering body fat and total weight.

So, How Can I  Get More Turmeric into My Diet?

You can buy fresh turmeric root at Asian and Indian markets and keep it in the refrigerator for a week or two in a plastic bag.

QUICK TIP: Be careful when you’re handling it. Raw turmeric’s yellow color can stain your skin or your clothes. 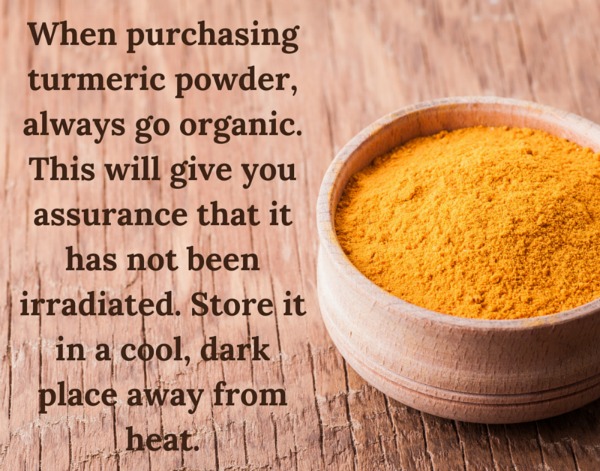 Some people slice it up and eat it raw. Others put it into salad dressings or smoothies, but juicing is one of the best ways to eat it fresh. It has fat-burning capabilities, a ton of health-boosting properties plus amazing gut healing capabilities! That’s because turmeric is filled with healing compounds called curcuminoids. I also recommend you take Turmeric + Ginger Capsule or enjoy a hot cup of Earth Echo's Golden Superfood Bliss. This one's an absolute game-changer!

Here’s a great recipe for a cool drink that tastes great and gets you a healthy daily dose of turmeric.

And a great way to start every day is with this turmeric and lemon morning elixir recipe.

P.S. Please feel free to share this info. and I always love reading  your comments below. 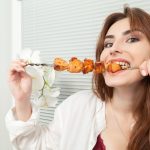 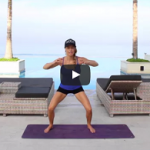 Drink THIS First Thing in The Morning (3 Major Benefits)