You need a combination of carbs, protein, fat, minerals and vitamins, to live a healthy lifestyle.

Carbs, protein and fat are ”Macronutrients.” Macronutrients are where we get our energy from. Vitamins and minerals are “micronutrients,” as they do not provide energy, but help in the development of our bodies.

Sounds simple right? Yet there is still a lot of confusion surrounding this.

We can thank the dietary advice of the last twenty years for the confusion! There's always some latest and greatest recommendation to eat less of one type of macronutrient. For many years it was fat that played the villain, now carbs are taking the heat.

People on this ”low carb diet” fad argue that:

On the surface, this may appear valid, but this approach is problematic.

Not all carbs are the same, your body responds to different types of carbs in different ways.

Besides, you should not avoid carbs because:

Research tells us that the carb intake of the Incas, Okinawans, and Kitavans are high. Despite this, they have a lower disease rate and enjoy a healthy body weight. They get their energy by eating 65 – 70% of carbs every day.

Their food staples are things like tubers, stems, leaves, fruits and other plants. Meat made up only a small amounts of their food intake.

Based on these observations…

Here's what we've been missing about carbs all these years!

Carbs are crucial for your health. Ancestral foods all over the world are heavy on cellular carbs. The majority of modern (western) diets are full of acellular carbs.

Don't worry, I'll break this down for you.

Cellular Carbs: Root tubers, shoots, leaves and fruits have their carbs packaged inside of cells. These cells have fiber, that remains intact during cooking. Due to this factor, the number of carbs you get from them is less. In other words, their carbohydrate density is low. Foods with low carb density help stabilize blood sugar and are healthy for you.

Acellular Carbs: Refined flour, white sugar, and processed grains are acellular carbs. They do not have cell walls or, have had them removed due to processing. Their carbohydrate density is high, which can lead to many health conditions.

If all carbs lead to weight gain and diseases, then many indigenous populations would have a high death rate.

Take a look at the Okinawans of Japan, 65% of their diet are carbs. Likewise, the Kitavans from Papua, New Guinea get 70% of their energy from carbs. Yet, they still have a lean body mass and a low rate of disease. The key factors here are the leptin and gut microbiota.

Leptin: Our body secretes this hormone to signal when the stomach is full. Research shows that cellular carbs help release leptin and stop overeating. While in western diets, dense acellular carbs interfere with the action of leptin. This leads to leptin resistance, metabolic syndrome and obesity.

This causes leaky gut and small intestinal bacterial overgrowth (SIBO). This, in turn, affects the brain's ability to process the signal of leptin. This results in overeating and weight gain.

The Bottom Line on Carbs

Still not sure which foods have the healthy carbs? Here's a list of carbs you SHOULD eat.

Remember, cellular carbs are energy too. It's important to be active and move your body to expend this energy to stay at a healthy weight.

P.S. Please help me spread the word about healthy carbs and I love hearing from you in the comments below. 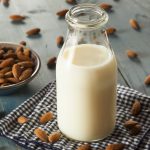 9 Ways Your Body Will Thank You for Drinking Almond... 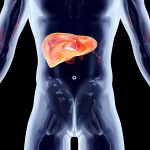