Healthy Lifestyle Expert Danette May reveals the pros and cons of butter, margarine, and everything in-between!

The butter vs. margarine controversy has been raging since the 1930's. We all wonder which one is better for you. Or should you avoid it all together?

Through research there have been varying viewpoints. So to begin, I should tell you what Margarine is and what butter is.

The word margarine came from the Greek for “pearl,” because the original version was hard, white, and glossy. It also must have been less than appetizing, since it was made from beef fat, milk, and chopped sheep's stomachs and cows' udders, all treated with heat, lye, and pressure.

In its early years, margarine was a meat product which was dependent on the beef and dairy industries and whose main appeal was its low cost relative to butter. In this period, it was exclusively a food of the poor. In the early 1900s, food chemists discovered how to harden liquid oils by reacting them with hydrogen in the presence of metal catalysts and heat.

Vegetable and fish oils then became raw materials for margarine, weakening its ties to the meat industry. Manufacturers bought up the cheapest oils they could find throughout the world, reduced them all to bland neutrality through chemical processing, and hardened them into margarine, which remained a food of the poor.

By the 1920s only vegetable oils went into the product, and over the next 30 years, busy food chemists using a host of chemical additives greatly improved the spreadability, appearance, and especially the flavor of margarine, always working toward the goal of greater resemblance to butter.

Butter is made from the cream that rises to the top if milk is allowed to sit for a time. Butter is made by churning cream. This causes a chemical reaction that causes the cream to harden slightly, giving it the buttery consistency.

Butter is all fat but contains some vitamin A, D, E and K.

I have taken 4 different kinds of butters to weigh out the health benefits, negative effects and which one is the best option.

Listed below, least to favorite.

Imitation butter spray (I can't believe it's not butter): Contains low amounts of calories, but contains high amounts of man made chemicals.

Soft margarine or Smart Balance: It was designed as a healthier alternative to solid margarine. Lower in saturated fats and cholesterol, it was believed to be healthier than solid margarine & butter and it grew in popularity.

Solid Butter: It is made from the cream that rises to the top if milk is allowed to sit for a time. Butter is made by churning cream. It contains saturated fats, but also vitamins A, D, E and K.

But I would not use butter regularly either. Butter contains high amounts of fat. If you must use butter, use in moderation.

Instead use olive oil and coconut oil in your cooking. Oh, and forget about spreading your toast with butter. Opt for the healthier choice of almond butter or other natural nut butters. 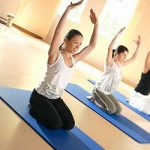 No Gym Work Out

The Truth About Fat Burning Foods

The #1 MOST harmful food for your brain