It’s Not the Bacon You Should Give Up But THIS

Bacon is one of the most beloved foods in the world. Americans alone eat nearly 18 pounds of the salty meat per person each year. Studies have been done to show what it is about bacon that we love so much.

It turns out that when bacon is cooked, the mix of the fat melting with the sugar and amino acids in the meat release a specific smell. That smell stimulates a hunger response.

You may think bacon is “bad” because it's high in saturated fat and calories. Neither are necessarily a bad thing in and of themselves.

It's also is high in salt which some people want to limit. More importantly, bacon has been in the news because it was recently named a carcinogen.

The problem is not with the bacon itself but the nitrites in it.

Nitrites and nitrates are salts that are added to meat to preserve it. When we eat nitrates they can form nitrosamines. These are compounds that can damage our DNA and lead to cancer.

What makes this confusing is that nitrites are also found in a lot of vegetables. And our bodies produce nitrates on their own.

Nitrates can have health benefits. They're sometimes prescribed in drug form to lower blood pressure. They can also boost athletic performance.

So how did the nitrate in bacon become such a problem?

1. The main issue with bacon is that it is cooked at such a high heat. Pan frying is one of the hottest ways to cook anything! When meats like bacon are exposed to high heat from frying, it forms HCA and PAH, both of which have been shown to cause cancer in animals.

2. The other problem with bacon it that it contains heme iron. Heme iron is found in red meat. It is a molecule that can contribute to the impact of nitrates in the body.

So what can you do to have your bacon and still protect your health?

First, you can look for bacon that is nitrate free. It will not keep as long, so you might want to freeze it. Some stores sell it as salted pork belly, but it's basically the same thing. Some people say it is even better!

The other thing you can do is look for nitrate-free, grass fed turkey bacon.

Even though turkey bacon still may have nitrites, it does not have heme iron, and that is a big difference.

When the World Health Organization (WHO) reported that processed meat can cause cancer, they also said that red meat does too. Red meat’s link to cancer comes from high heat and heme iron. So if you choose turkey bacon, you cut your risk a bit. But turkey bacon is still made using nitrate salt from celery juice.

If you want to cut bacon out of your diet but don’t want to miss its smoky flavor, here are a few things you can try:

Or why not try making homemade vegan bacon? Yours in health and happiness,

P.S. Please share this info. with the bacon lovers in your life and I always enjoy reading your comments below. 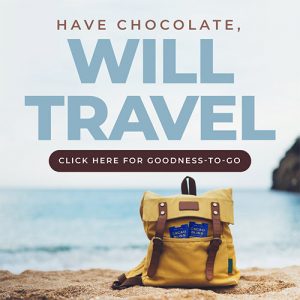