15 Foods that Could be Triggering Your Migraines

If you suffer from migraines, you have my sympathy. A migraine is more than just a headache. It can put your life on hold.

Some people get migraines that are so bad that they can’t get out of bed. They can’t be out in the sun. They call out from work and stay in bed all day. They feel sick, sometimes throwing up.

There are some drugs that can be used to treat migraines, but they have side effects that are sometimes as bad as the headaches themselves.

People who have spent years learning to deal with their migraines say that the best way to manage them is to prevent them from happening in the first place.

One of the best ways to do this is to know which foods will trigger an attack, as well as which ones can stop or prevent one.

Everybody has their own personal triggers.

Doctors suggest that you can identify yours by keeping a food diary. You can do this by jotting down what foods you have eaten in a notepad.

There are also apps that you can download on your phone. It may take as many as 20 or 30 migraines before you can figure out what is setting you off, but you will know what to avoid in the future.

15 Foods that are Most Likely to Trigger a Migraine

1. Alcohol – 1 out of 3 people say wine or other forms of alcohol will trigger their migraines. While others say that having a drink when a migraine appears can stop it in its tracks.

2. MSG – A lot of people say that this food additive will bring on a headache every time.

3. Caffeine – though caffeine can be used to treat a headache, it can also cause one if you have less than you normally do. If you are a regular coffee drinker, try to have the same amount every day.

4. Beans – they contain tannin, which the same ingredient in wine that can trigger a migraine.

6. Hot peppers contain capsaicin. Capsaicin is such a powerful migraine trigger that researchers use it to set a migraine off. Interestingly, it is also used as a remedy.

10. Bread made with yeast contain coumarin. The same is true of pizza crust and soft pretzels.

12. Foods with Choline – Sour cream and milk both contain choline.

13. Chocolate contains caffeine, tannin and phylethylamine – all are migraine triggers.

14. Artificial sweeteners contain excitotoxins, which can cause neurons in your brain to spasm.

If you do get a migraine, there are some home remedies that can bring relief. These include:

P.S. Please share this with your friends who suffer from migraines and don't forget to leave me a comment below. Have you tried an elimination diet to ease migraines? 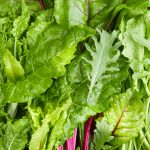 The TRUTH About Bread (will surprise you)